Hey Temporal community, it's Friday again! It's been a long week with ahem a lot of other things going on in real life, but work has continued apace on Temporal.

It's been a while since we published one of these updates, but in our defence, we were busy:

The team has grown some (including me!) and we're absolutely hiring!

We're working on Authentication for Temporal Web, and are looking for beta testers. Please get in touch at ryland@temporal.io if you're interested in helping to test!

Temporal is a highly critical system for many businesses, so security is paramount. Communication is already encrypted with TLS, and you can put Temporal behind a reverse proxy. However, one of our longest standing requests has been for an authentication/authorization layer for Temporal. This is what we are tackling first, as it is also necessary for the upcoming Temporal Cloud service offering.

It's not ready for release yet, but we'd like to share how we're shipping this major feature. We basically followed the classic converge/diverge pattern: 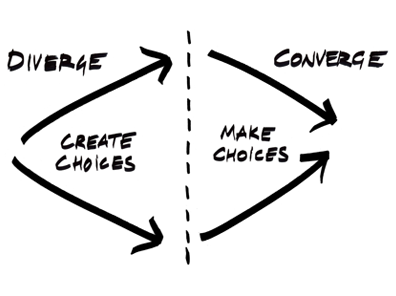 The process we envision will be as simple as providing your OAuth identity provider information in a config file (currently at /server/config.yml, both the location and the schema of this config are subject to change):

In future we may support multiple auth providers, but we expect the vast majority of users to just use one.

We are currently in the implementation phase, and just did our first internal demo of the full authentication process this week.

It felt slightly surreal to be the first people to "log in to Temporal", though that is no exaggeration. A normal process might also have involved some UI design to ensure a delightful and accessible frontend experience. However we are holding out for a possible total design revamp sometime in the near future.

If you have been waiting for this authentication feature, we'd love to send you an early preview of this for testing and feedback. Please email me at ryland@temporal.io!

We are working hard to bring you authentication and other top feature requests you are asking for. If you'd like to receive updates on Temporal Cloud, do make sure to join the waitlist.

That's it from the Temporal side, have a great weekend everyone! As always, feel free to reach out with questions, comments or critical feedback via <a href="mailto:community@temporal.io">email</a>, Slack or our community forum.